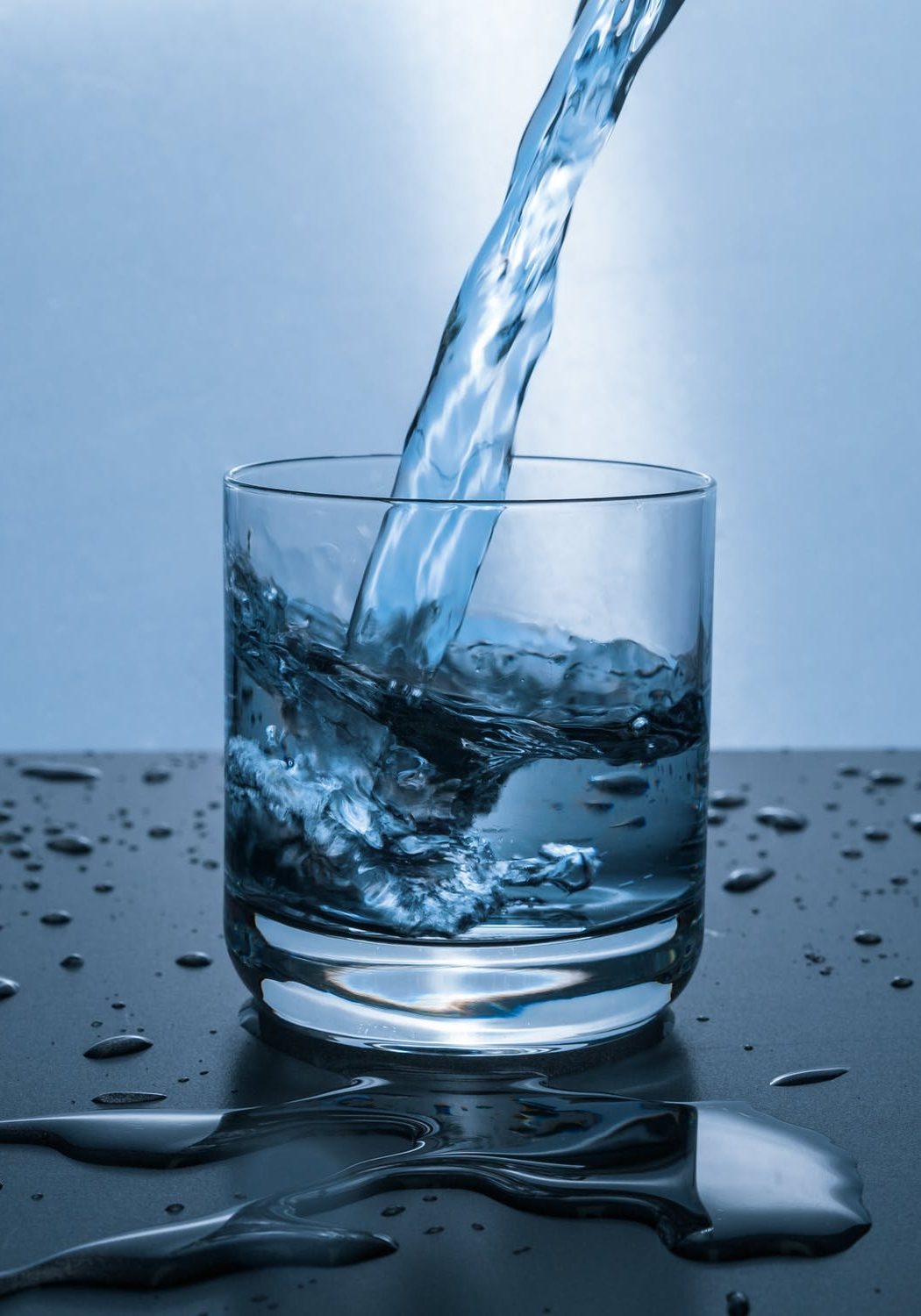 From January 2012 – August 2013, Amy Russell and Aaron Tharp walked 5000 miles across Africa to raise awareness and funds for the clean water projects. We recognize that bringing safe water to everyone is the first step toward eliminating extreme poverty worldwide. We are raising funds for charity:water, which uses 100% of the money for clean water projects, working with grassroots organizations in the poorest countries around the world to create long-term, sustainable solutions to this global crisis. 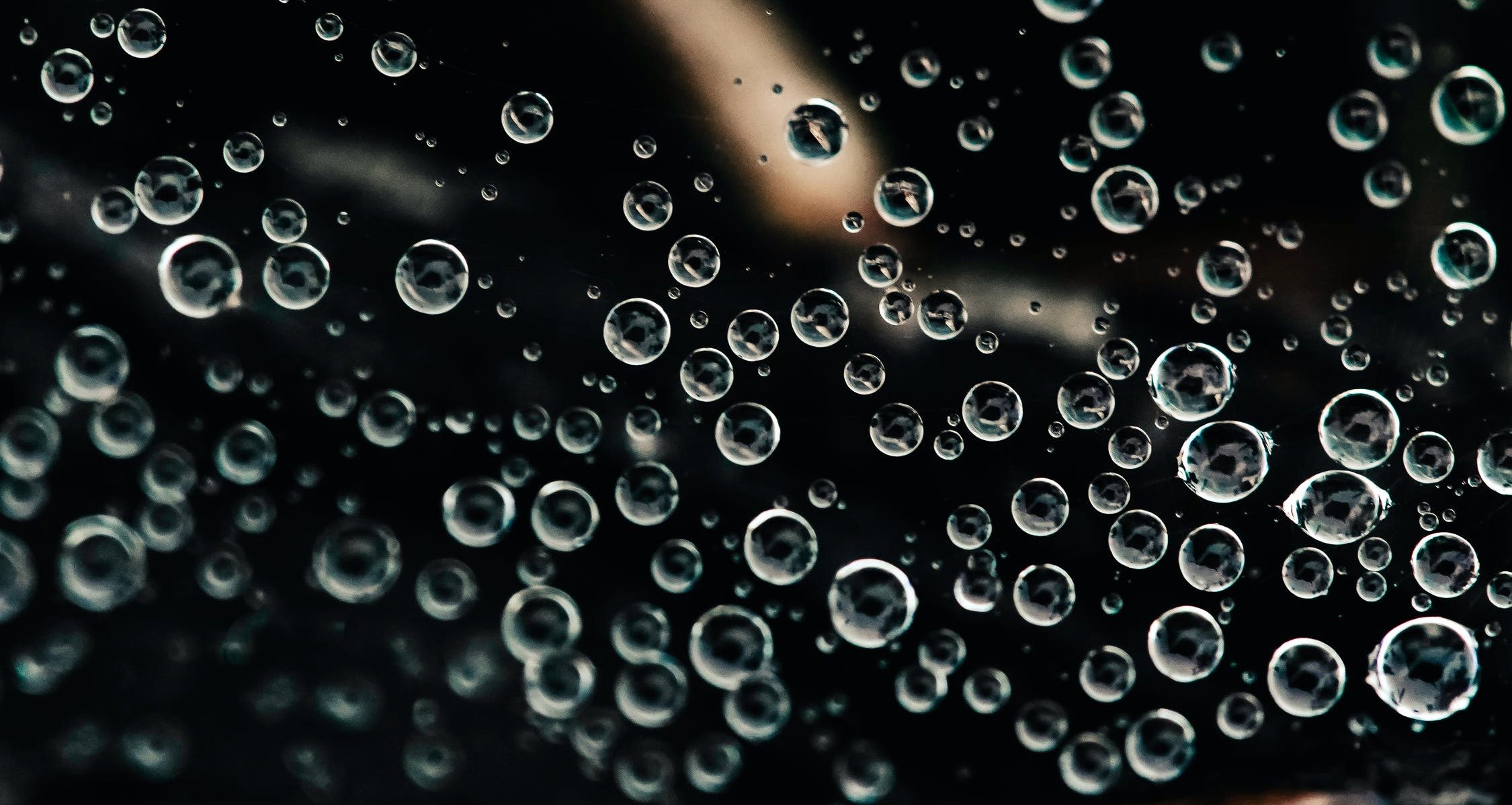 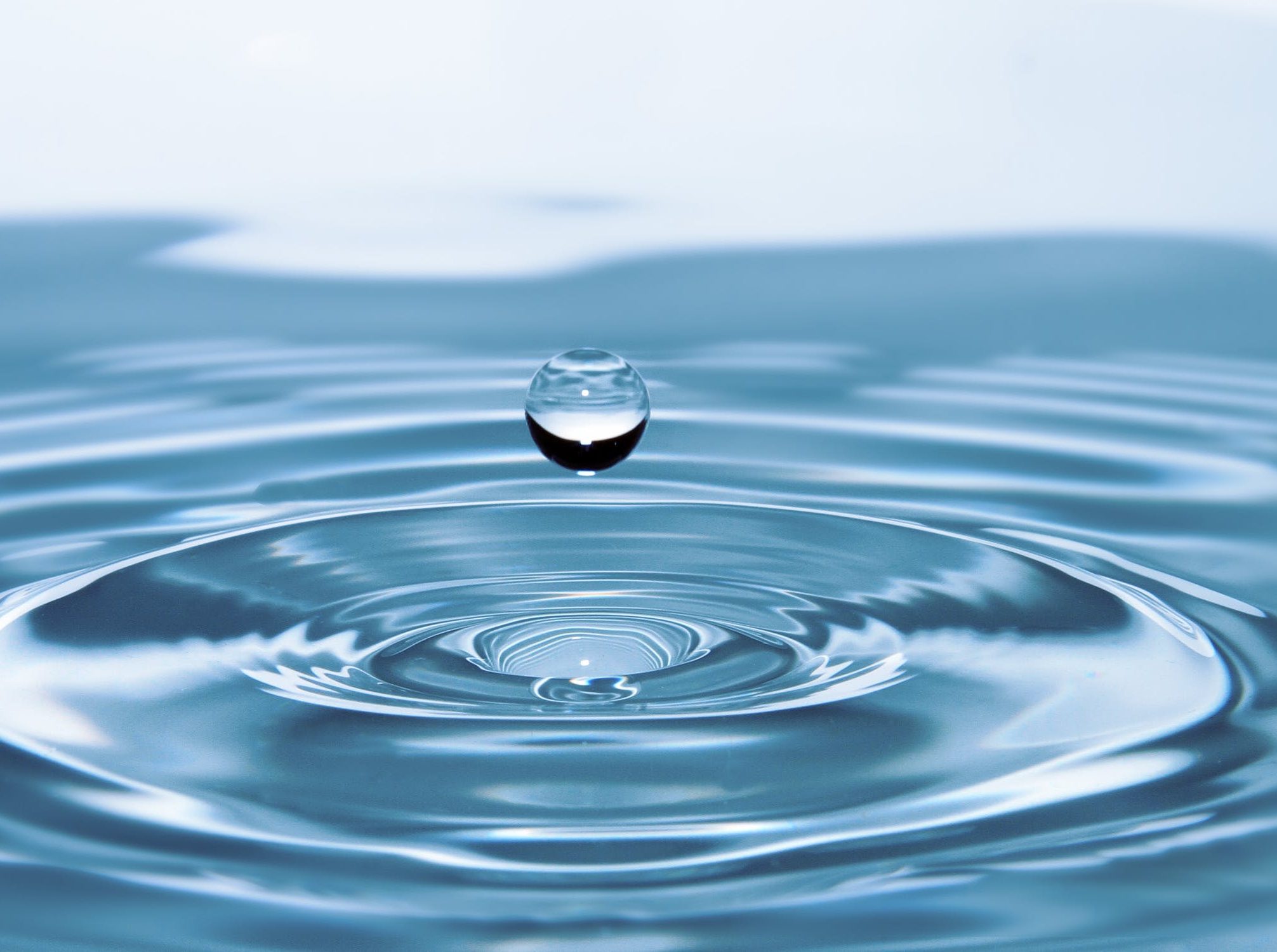 The walk originally was planned to be 7000 miles and continue to Cairo, Egypt, but because of health issues and looming civil unrest, the trip was cut short in Addis Ababa. We celebrate the 5000 miles, the clean water that was given, and the opportunity to move back home safely.

If you feel led, we would also ask that you would please still consider donating to the work of charity: water.

We keep the site up so you can read our stories and learn about the clean water crisis.

Amy Russell is available on a case-by-case basis for speaking events. Please contact her directly if you would like her to speak at your event. 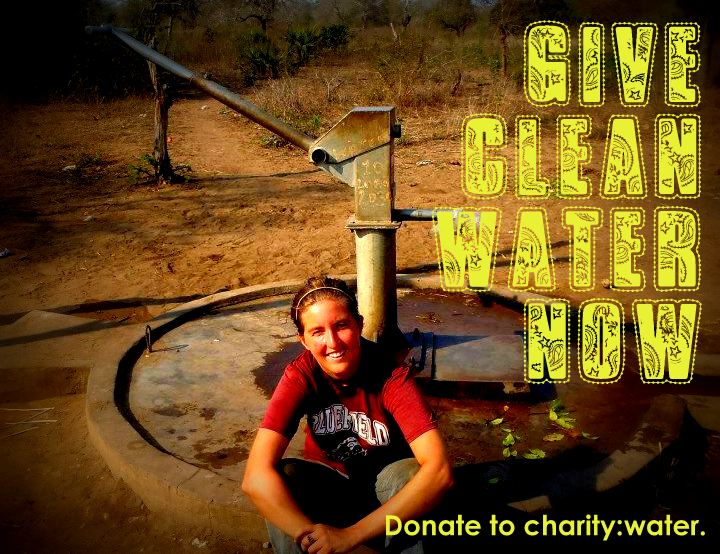 Check out our Latest News!

You can check out our blog here below.

The human body can last weeks without food, but only days without water. The body is made up of 50 to 75 per cent water. Water forms the basis of blood, digestive juices, urine and perspiration, and is contained in lean muscle, fat and bones. As the body can’t store water, we need fresh supplies every day to make up for losses from the lungs, skin, urine and faeces (poo). The amount we need depends on our body size, metabolism, the weather, the food we eat and our activity levels.  Water in our bodies Some facts about our internal water supply include:  Body water content is higher in men than in women and falls in both with age.Most mature adults lose about 2.5 to 3 litres of water per day. Water loss may increase in hot weather and with prolonged exercise.Elderly people lose about two litres per day.An air traveller can lose approximately 1.5 litres of water during a three-hour flight.Water loss needs to be replaced. Importance of water Water is needed for most body functions, including to:  Maintain the health and integrity of every cell in the body.Keep the bloodstream liquid enough to flow through blood vessels.Help eliminate the by-products of the body’s metabolism, excess electrolytes (for example, sodium and potassium), and urea, which is a waste product formed through the processing of dietary protein.Regulate body temperature through sweating.Moisten mucous membranes such as those of the lungs and mouth.Lubricate and cushion joints.Reduce the risk of cystitis by keeping the bladder clear of bacteria.Aid digestion and prevent constipationMoisturise the skin to maintain its texture and appearance.Carry nutrients and oxygen to cells.Serve as a shock absorber inside the eyes, spinal cord and in the amniotic sac surrounding the foetus in pregnancy. Water in our food Most foods, even those that look hard and dry, contain water. The body can get about 20 per cent of its total water requirements from solid foods alone. The process of digesting foods also produces a small amount of water as a by-product which can be used by the body. Water sourced this way can provide around 10 per cent of the body’s water requirements. The remaining 70 per cent or so of water required by the body must come from fluids (liquids).  Recommended dietary fluid intake The Australian Dietary Guidelines recommend that we drink plenty of water but how much is enough?The amount of fluid your[…]

The benefits of having access to an improved drinking water source can only be fully realized when there is also access to improved sanitation and adherence to good hygiene practices. Beyond the immediate, obvious advantages of people being hydrated and healthier, access to water, sanitation and hygiene – known collectively as WASH – has profound wider socio-economic impacts, particularly for women and girls. The fact that WASH is the subject of dedicated targets within the Sustainable Development Goal (SDG 6) is testament to its fundamental role in public health and therefore in the future of sustainable development. Indeed, access to safe water and sanitation are human rights, as recognized in 2010 by the United Nations General Assembly. For universal fulfilment of these rights to become reality, we will need the right systems: well-resourced, capable institutions delivering services and changing behaviour in resilient and appropriate ways. Current situation Today, 2 billion people lack access to safely managed drinking water services and 3.6 billion people lack safely managed sanitation services. Unsafe hygiene practices are widespread, compounding the effects on people’s health. The impact on child mortality rates is devastating with more than 297 000 children under five who die annually from diarrhoeal diseases due to poor sanitation, poor hygiene, or unsafe drinking water. Water A person without access to improved drinking water – for example from a protected borehole well or municipal piped supply for instance – is forced to rely on sources such as surface water, unprotected and possibly contaminated wells, or vendors selling water of unverifiable provenance and quality. For many communities, water sources are usually far from their homes, and it typically falls to women and girls to spend much of their time and energy fetching water, a task which often exposes them to attack from men and even wild animals. Sanitation Without improved sanitation – a facility that safely separates human waste from human contact – people have no choice but to use inadequate communal latrines or to practise open defecation. For women and girls, finding a place to go to the toilet outside, often having to wait until the cover of darkness, can leave them vulnerable to abuse and sexual assault. In the immediate environment, exposed faecal matter will be transferred back into people’s food and water resources, helping to spread serious diseases such as cholera. Beyond the community, the lack of effective waste disposal or sewerage[…]

Willows residents Edwin Salazar, 11, Luis Gonzalez, 12, and Emily Vasquez, 12, carry buckets of water during the Walk 4 Water on March 25, 2017, in Bidwell Park in Chico. – Dan Reidel — Enterprise-RecordBy HEATHER HACKING and THE ASSOCIATED PRESS | ColumnistPUBLISHED: March 25, 2017 at 9:18 p.m. | UPDATED: April 20, 2018 at 5:04 a.m. Chico >> Hundreds of people put one foot in front of the other Saturday to bring the gift of water to dry places across the globe. The event was Walk 4 Water, put on by the local group Bridging the Gap by Giving. Now in its ninth year, money raised through the event in Bidwell Park will help provide wells in underdeveloped countries, as well as education on how to keep the water clean for daily use. On a day when the sidewalk was wet in the morning from rain the night before, it’s easy to take water for granted. However, many people must walk for hours a day to provide water for their families in places including Africa. When a well is installed in a village, lives change. Bridging the Gap partners with other groups working for the same cause. Monica Hubert, of World Vision, was in Chico Saturday to see the local walkers in action. Soon she’ll head off to Malawi to work on a new water system. Sean Martin works for Lifewater, a group that helps install wells and provides training to people in extremely poor areas throughout the world. When water isn’t available, sanitation is a huge problem, including the use of the outdoors instead of centralized latrines, Martin explained. Part of the work by his group, which is helped through the local fundraising, is to train people about safe water use. One project is in Kaliro, Uganda, where door-to-door training will be provided. Without water available, people in isolated villages do not have a culture of safe water handling, he explained. Sometimes the fix is as simple as showing people how to use plastic containers to store water. In a video produced by the group, a child constructs a frame where a water bottle is attached by rope for a hand-washing station, Lack of water is a massive problem, Martin explained, but much progress is being made, one project at a time. Event participants Randy and Cindy Riggs said they joined the walk after hearing a talk by Bridging the Gap founder Shirley Adams. “She put it on[…]

About Walking for Water

Amy and Aaron walked the entire distance from Cape Town to Addis Ababa. Marty supported them by driving the Land Rover full of supplies for the South Africa-to-Mozambique portion of the journey. 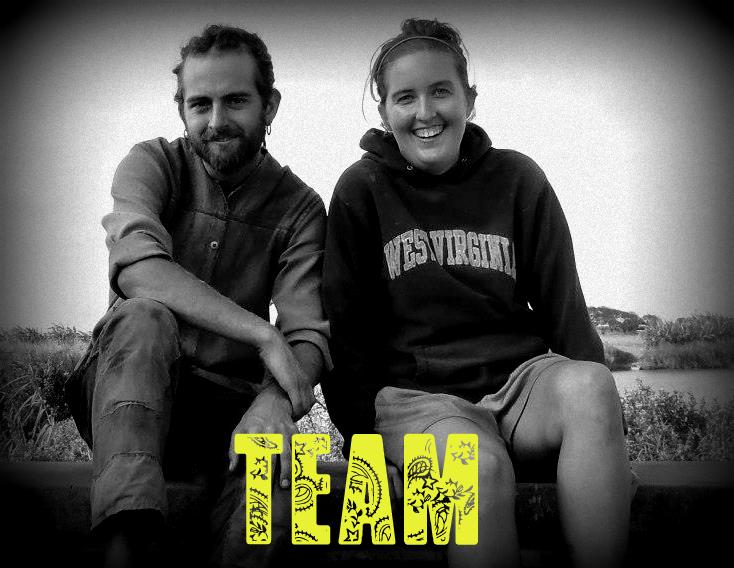 Amy and Aaron walked the entire distance from Cape Town to Addis Ababa. Marty supported them by driving the Land Rover full of supplies for the South Africa-to-Mozambique portion of the journey. 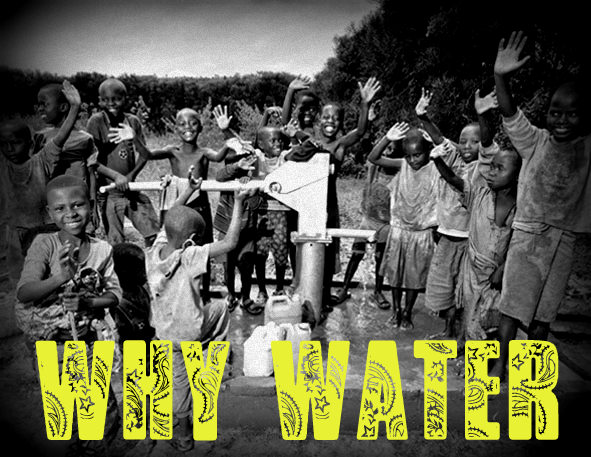 Our focus is on clean water because we see clean water as the first step to ending extreme poverty in the world. And we’re not alone in that thought. 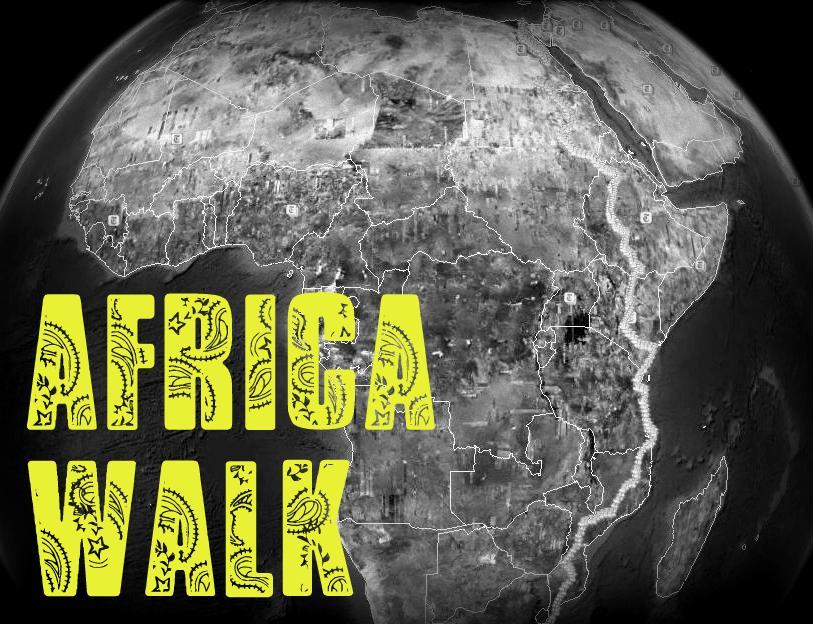 Text messages from the walking team to the support team enabled Walking4Water to update this map as Amy and Aaron walked. You can click on each map point to see what they were thinking/feeling/experiencing in different locations!